How Music Affects the Brain

How Music Affects the Brain

It is an exciting time for the science of neurology and brain study. I read recently that we have learned more about the brain in the last five years than in the five thousand years previous. Recent advances in brain-imaging technology have given us some incredible tools for studying this most complex structure in the known universe: tools like the fMRI, the EEG, SPECT scan, and CT scan and the PET scan. These special tools allow us to watch electrical activity and blood flow in the brain as it responds to different stimuli and situations. One thing we are learning is there is a special connection between music and the brain.

Fig. 1. A fMRI taken while the brain’s owner is tracing the grooves in a Brainpaths. The red and yellow indicate brain activity.

But it is not just music. All sensory stimulation has an effect on the brain. This fMRI (functional Magnetic Resonance Imaging) scan from the brain on Brainpaths (Fig. 1) is a good example of how this new technology can help us study the brain. Scans like these were first seen in 1991. In this picture we see how a simple somatic input affects the corresponding part of the somatosensory cortex. Red and yellow colors indicate brain activity.

Sensory input, however, is rarely as simple as the above example would suggest.  Looking at a painting, especially a well done piece, will stimulate more than just the part of the brain that process visual information. Art can trigger responses in creative centers, emotional centers, the prefrontal cortex, and more. Art can also evoke memories and reminiscences.

The scan in Fig. 2 shows the brain of an experienced web user.

Fig. 2. fMRI scans comparing brain activity while reading (left) to activity while an experienced user is surfing the internet (right). From a 2008 study done at UCLA and published in the American Journal of Geriatric Psychiatry.

Fig. 2 contains two images of the brain of an experienced computer user. The front of the brain is to the right in these images. Red color in the scans indicates brain activity.The image to the left was made while the subject was reading a book. Reading stimulates more than just language and visual centers. Reading about running, even if a fictional character is running, can stimulate motor areas in the brain.  If the protagonist in your book is cooking and describing the odors in the kitchen, the olfactory centers of your brain may be activated.

In this image of the reading brain we recognize activity in the frontal lobes. The front part of the brain is responsible for much of our executive functioning and thought processes; judgement, choice, prediction, etc. To the left of center in the image we see more red. This is the area of the temporal lobes, responsible for language processing. Visual centers are in the visual cortex at the back of the brain, and there, too, we see signs of activity.

Read more in The Alzheimer’s Brain.

The picture on the right in Fig. 2 is a scan showing the brain of this individual while surfing the internet. A comparison of the scans indicates considerably more activity while surfing than when reading. If brain stimulation is rewarding on a biological and neurological level, as I suspect it is, it is little wonder we waste so much time online.

This is, again, the scan of an experienced computer user. Non-experienced users show considerably less activity. Furthermore, it may be too early to know for sure what are the actual benefits of this recorded brain activity. On the other hand, the image is measuring blood flow and oxygenation in the brain; red in the image indicates blood and oxygen. And we know that oxygenation is good for brain cells; in fact oxygenation is required for normal brain functioning. 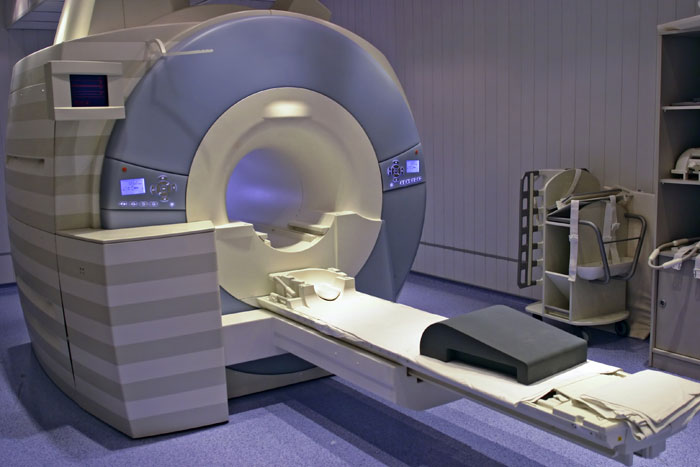 The functional magnetic resonance imaging scanner (fMRI) allows doctors and scientists to take accurate pictures inside the body, including the brain, in a non-invasive way.

Music and the Brain – The Power of Music in our Lives

I keep coming back to music. Music just might provide the ultimate sensory experience. Furthermore, it may be one of our best tools as care providers. Music therapy can ease physical pain and calm anxiety, and much, much more. The video at the top of this post provides an even more dynamic illustration of the power that this new technology means to brain studies; furthermore, it provides a powerful example of the effect music has on the brain. These images are based on functional MRI and computer modeling. It shows a person’s brain reacting to the tango music you are hearing. You can watch different areas light up with electrical activity as the music changes. The red end of the spectrum denotes activity, the blue end inactivity.

It would be interesting to compare animated brain scans, like the one above, of a dancer and a musician listening to the same music. Perhaps different parts of the brain would be activated because of the different training, and the different relationship the two have to music. Or how might the scans of a professional chef and a food critic differ while both ate the same meal? And I would like to see comparative scans of a painter and an art collector responding to a painting or sculpture.

But I don’t have a functional magnetic resonance imaging machine…